So this last weekend I got to spend the day at Disneyland with some pretty awesome writers, readers, and bloggers at an event called The YAppiest Day on Earth (you know, a play on The Happiest Place on Earth....get it?). It was so much fun that we're already talking about doing it again next year and making it even more epic. Stay tuned for that. But for now, pictures!! 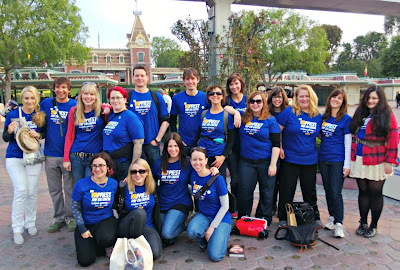 Here's the whole author crew. Should I attempt to name them all? Okay, here I go. From left to right, back row first: Jennifer Bosworth, Chris Howard, Me, Lish McBride, Sean Beaudoin, Kevin Emerson, Elise Allen, Robin Mellom, Gretchn McNeil, Martha Brockenbrough, Rachel Cohn, Carrie Lawler Arcos, Gabrielle Zevin, Cecil Castellucci, Shannon Messenger, Cat Patrick, and Jessica Brody. Phew, that's a lot of writers. And they were all so much fun to hang out with. 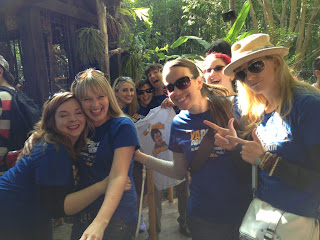 Waiting in line for Indiana Jones. Gretchen cuddled with me (and I totally liked it). Favorite pic ever, complete with the Lando T-shirt/Chris Howard photo bomb in the back and Jen's awesome hat. (Thanks to Stacee for this pic) 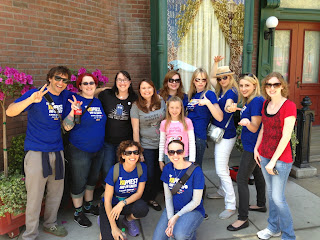 Another awesome pic provided by Stacee (in the black shirt). This was the group I spent most of the day with. In the middle there is Lani Woodland and her daughter. On the far right, Bailey, an awesome blogger friend.

After a fun day at Disneyland, we went across the way to a signing/party at the Anabella Hotel. 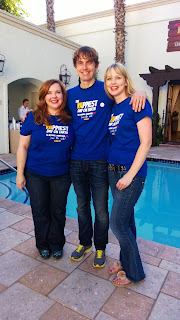 Gretchen, Kevin, and me (Harper Pals). 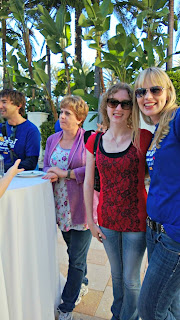 Here's another pic of me and Bailey (from ibbookblogging.net) 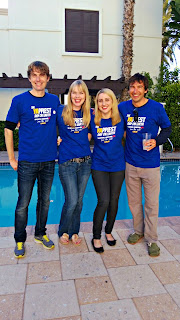 Kevin, Me, Shannon (who was so generous to put me up for the weekend), and Chris.

I met so many other amazing people as well that I didn't get pictures with. Including a family from my home town, which was really cool.

This was such a fun event and I can't wait to do it all again next year. Except you should all come next year too because that would make it even more fun!