My newest cover is here!! Isn't she beautiful? Cover by the amazingly talented Ana Hard. 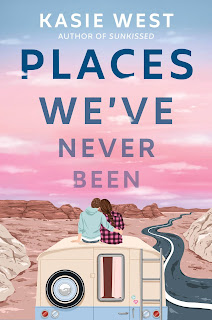 Places we've never been will be out May 31st, but is available for pre-order now !! :) Can't wait for you to read it.

Here is the summary:

Norah hasn’t seen her childhood best friend, Skyler, in years. When he first moved away, they'd talk all the time, but lately their relationship has been reduced to liking each other’s Instagram posts. That’s why Norah can’t wait for the joint RV road trip their families have planned for the summer.But when Skyler finally arrives, he seems...like he’d rather be anywhere else. Hurt and confused, Norah reacts in kind. Suddenly, her oldest friendship is on the rocks.An unexpected summer spent driving across the country leads both Norah and Skyler down new roads and to new discoveries. Before long, they are, once again, seeing each other in a different light. Can their friendship-turned-rivalry turn into something more?

Have I mentioned I have a new book coming out May 4, 2021?! SUNKISSED!!! Here is the beautiful cover in case you haven't seen it yet. And I will include a description below. It's available now for pre-order, just follow any of these links:
Amazon
Barnes & Noble
Target
Indiebound
Book Depository
Or your local indie bookstore!

Avery has always used music as an escape. But after her best friend betrays her, even her perfectly curated playlists can't help her forget what happened. To make matters worse, her parents have dragged her and her social-media-obsessed sister to a remote family camp for two months of "fun." Just when Avery is ready to give up on the summer altogether, she meets Brooks--mysterious, frustratingly charming Brooks--who just happens to be on staff--which means he's off-limits.
What starts as a disaster turns into. . . something else. As the outside world falls away, Avery embarks on a journey of self-discovery. And when Brooks offers her the chance of a lifetime, she must figure out how far is she willing to go to find out what she wants and who she wants to be.
Posted by Kasie West at 12:38 AM 30 comments: 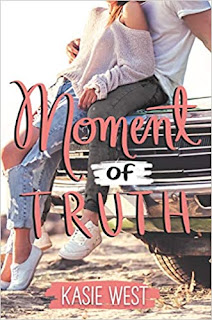 Last March (right in the midst of covid) my thirteeth book came into the world!! I hope you've had a chance to read it! If not, here is the summary:
***
At sixteen, Hadley Moore knows exactly who she is—a swimmer who will earn a scholarship to college. Totally worth all the hard work, even if her aching shoulders don’t agree.
So when a guy dressed as Hollywood’s latest action hero, Heath Hall, crashes her swim meet, she isn’t amused. Instead, she’s determined to make sure he doesn’t bother her again. Only she’s not sure exactly who he is.
The swim meet isn’t the first event the imposter has interrupted, but a little digging turns up a surprising number of people who could be Heath Hall, including Hadley's ex-boyfriend and her best friend’s crush. She soon finds herself getting caught up in the mysterious world of the fake Heath Hall.
As Hadley gets closer to uncovering the masked boy’s identity, she also discovers some uncomfortable truths about herself—like she might resent the long shadow her late brother has cast over her family, that she isn’t as happy as she pretends to be with her life choices…and that she's falling for the last guy she ever thought she would like.
****
And for those of you who have read it and are hoping for a brand new book from me, you're in luck! Coming in 2021: SUNKISSED!! Stay tuned for a peek at the cover (which I love so much) and release date!
Posted by Kasie West at 10:45 PM 32 comments:

My next book out is FAME, FATE, and the FIRST KISS. It comes out February 5, 2019. If you like stories about celebrities and fame and love and sabotage, this story is for you. I love it and I hope you do too! 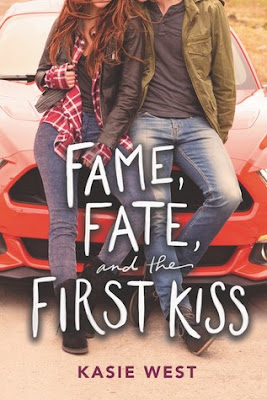 After that, MAYBE THIS TIME comes out. Its release date is July 9, 2019. This story takes place over a year of events that the main character works. Think, Four Weddings and a Funeral (the movie, for those of you not old enough to know what I'm talking about). If you like holidays and parties and love and banter and family relationships and friendships this story is for you. This is one of my favs and I hope you love it! 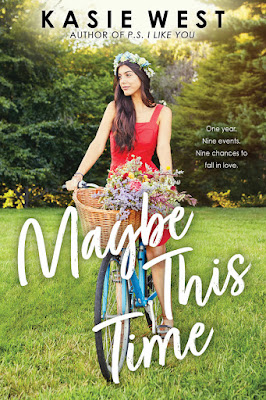 Hey y'all! I've updated my 'upcoming appearances' tab, but I thought I'd put it on my main page too. I'll be making a few signing stops in January for the release of Love, Life, and the List with a few fabulous authors. If you are anywhere near these places, I'd love to see/meet you!

Hey! If you're in Northern California on August 25th or 26th you should come see me!!

Joining me will be: Kim Culbertson and Jessica Taylor (and Misa Sugiura at Hicklebee's)

Have I mentioned I'm heading out into the world to show off my new baby book? I am! Starting *this* Friday, September 23rd when I'll be visiting Hicklebee's bookstore in San Jose at 7pm. Come see me.

In October, I hit the road with some of my favorite people, JR Johansson, Bree Despain, and Gretchen McNeil. Check out the graphic below to see if we'll be in your area. I can't wait to meet readers! 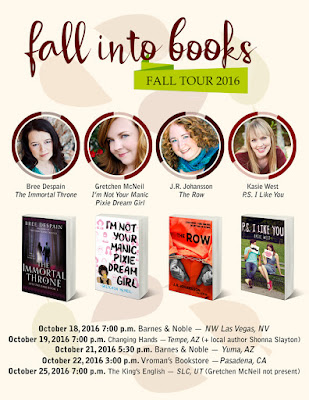