This Thursday night millions of teenagers, moms, and other obsessed fans of the Twilight Saga will be lining up at theaters around the nation to watch New Moon (me included). It will be cold and dark out. Excitement will abound with its tell-tale signs of fast beating hearts, veins near bursting, and sweat-covered palms. The salty smell of this sweat and extra blood will hang thick in the air.

You might be thinking, 'oh no, the vampires are going to be out in full force.' You'd be thinking wrong. The vampires will all be in a vampire council trying to figure out how to prevent vampires from falling in love with accident prone humans. What we should really be worried about are the werewolves. 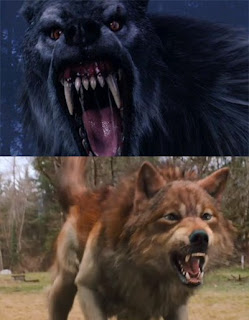 You see, they're angsty and always hungry (a lethal combination). And since I doubt anyone out there has their own personal vampire guardian, we need to know how to survive in that line since we wouldn't want to miss the movie we've been waiting a year for.

It's possible you've been getting conflicting messages in your YA literature as of late. One book tells us that the tiniest drop of werewolf saliva finding it's way into the bloodstream will turn us into a werewolf. Another book tells us we have to actually be bitten to be turned. And this is all if we actually survive the attack, which is unlikely.

Let's refer to the bible of werewolves, the Twilight Saga, to find the answer about being turned. Oh, phew, it looks like we can only be werewolves if it's in our genes. We've dodged a bullet there. If we're getting turned into something supernatural anytime soon, it better be a sultry vampire who does the turning. 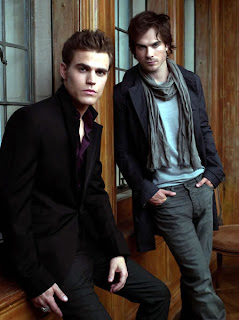 (They'll do [btw, Ian, if you're reading this (and why wouldn't you be?), I loved you on Lost, where they killed you off entirely too early, and I'm glad you've come back to TV in such an evil way])


Okay, but this doesn't solve the real issue--an attack by a werewolf that could end in death (and keep us from seeing the movie). So, it looks like the moon will be a waning crescent on Thursday night. That would be good news if werewolves cared about moon cycles, which obviously they don't. So what now? If any of you have a baby that they could imprint on, that could work. I don't so I'm out of luck there. If you have brown eyes, you could be in better shape. Mine are blue. Hmm, I'm running out of solutions here. I could try flirting (it worked for Bella) but I'm out of practice. I should've thought to befriend someone who had the potential of becoming a werewolf so he could protect me from his friends, but it's a little late now. Maybe some of you thought ahead on that one.

It looks like I have no good advice for you. We can only hope that the attack will come after we've seen the movie and our lives are complete.

I would love to hear your advice on how to survive this imminent attack.
Posted by Kasie West at 7:00 AM