Okay, so maybe you don't want more pictures, but you're getting them anyway because I don't believe I forgot to show you these from my launch party in Utah: 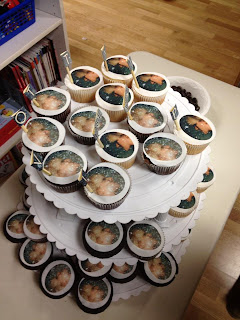 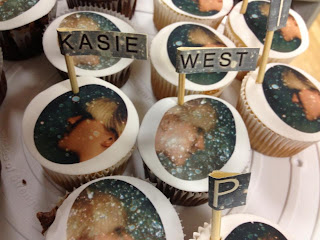 My awesome friend Sara Raasch (who recently sold an awesome book, by the way) made these lovely cupcakes for me. Yes, that is my MC from Pivot Point, Addie, on the cupcakes. Even cooler? She is facing one way on the chocolate/jr. mint cupcakes (that's right, my friend made me jr. mint cupcakes) and another way on the vanilla cupcakes. That was Sara's genius idea. Have I mentioned she's awesome? 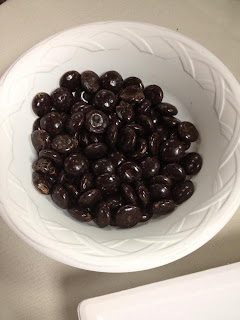 Also, what party of mine wouldn't be complete without a bowl full of Junior Mints? Yum! Which reminds me of a story. I saved a box of Jr. Mints for the plane ride home. When I got on the plane, so excited to eat this treat I had resisted eating all week, I opened the box, and they were MELTED!! All of them stuck to the side of the box! It was tragic and heartbreaking. Ask Natalie Whipple, I was very upset about this occurrence (Gah! I don't know how to spell the word 'occurrence'. It took me four tries.)